Vouchers and the Provision of Public Services (Paperback) 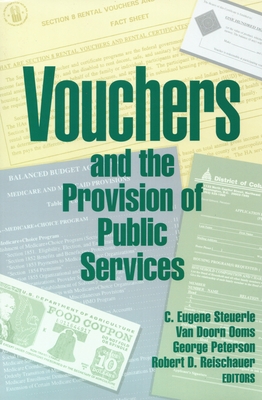 For decades, the use of vouchers has been widely debated. But often lost in the heat of debate is the fact that vouchers are just another tool in the government's tool chest, a restricted subsidy that falls somewhere between the extremes of cash and direct government provision of services. The instrument itself is not new--the 1944 GI Bill of Rights was a voucher, and vouchers for food, college aid, and housing have been in place for decades. Until now, however, the study of vouchers has been restricted to a few controversial applications. This volume, which grew out of a conference sponsored by the Brookings Institution, the Urban Institute, and the Committee for Economic Development, fills the gap, offering a framework for comparative analysis of specific policy issues related to vouchers. Its 16 essays address the economics, politics, and legal issues of voucher use and explore how vouchers are currently employed in the United States and abroad for education, child care, job training, housing, and health care. C. Eugene Steuerle is a senior fellow at the Urban Institute and has worked under four different U.S. presidents on a variety of reform issues in such areas as social security, budget, tax, and health policy. Robert D. Reischauer, a senior fellow in Economic Studies at the Brookings Institution, was director of the Congressional Budget Office from 1989 to 1995. George Peterson is a senior fellow at the Urban Institute; from 1976 to 1985 he directed the Institute's Public Finance Research Center. Van Doorn Ooms, senior vice president and director of research at the Committee for Economic Development, was formerly executive director for policy and chief economist of the Committee on the Budget, U.S. House of Representatives, 1989-1990, and was the Budget Committee's chief economist from 1981 to 1988.