The Mask of Anarchy Updated Edition: The Destruction of Liberia and the Religious Dimension of an African Civil War (Paperback) 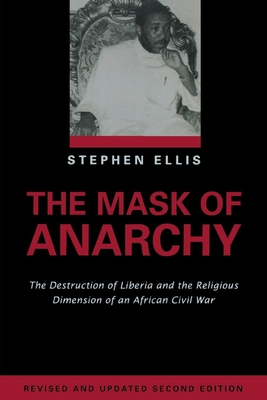 Liberia has been one of Africa's most violent trouble spots. In 1990, when thousands of teenage fighters, including young men wearing women's clothing and bizarre objects of decoration, laid siege to the capital, the world took notice. Since then Liberia has been through devastating civil upheaval. What began as a civil conflict, has spread to other West African nations.

Eschewing popular stereotypes and simple explanations, Stephen Ellis traces the history of the civil war that has blighted Liberia in recent years and looks at its political, ethnic and cultural roots. He focuses on the role religion and ritual have played in shaping and intensifying this brutal war. In this edition, with a new preface by the author, Ellis provides a current picture of Liberia and details how much of the same problems still exist.