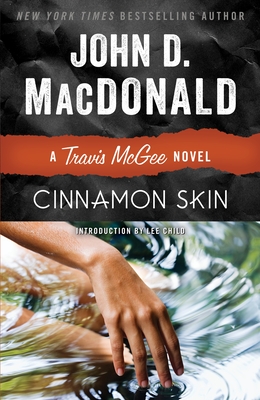 This is book number 20 in the Travis McGee series.

From a beloved master of crime fiction, Cinnamon Skin is one of many classic novels featuring Travis McGee, the hard-boiled detective who lives on a houseboat.

In the Florida Keys, a houseboat explodes in a giant white flash, instantly killing the honeymooners onboard. Travis McGee’s best friend, Meyer, loses not only his home and every single thing in it but his last living relative. Now he wants answers. And he and McGee plan to get them—or die trying.

If Travis McGee hadn’t arranged a lecture tour for his friend, Meyer would be dead. As it was, Meyer lent the John Maynard Keynes to his just-married niece, Norma, and her husband, Evan, hoping to give them the perfect honeymoon. Instead: tragedy. When a group of Colombian terrorists take responsibility for the brutal act, Meyer and McGee travel to Mexico to seek justice. Or payback.

Once south of the border, Meyer and McGee discover many things: Evan’s seedy past, a beautiful local named Barbara, a lethal drug cartel, and, perhaps, even Meyer’s long lost courage. But does Meyer, always content in McGee’s shadow, have what it takes to avenge the killing of the person he loved most?