Bright Orange for the Shroud: A Travis McGee Novel (Paperback) 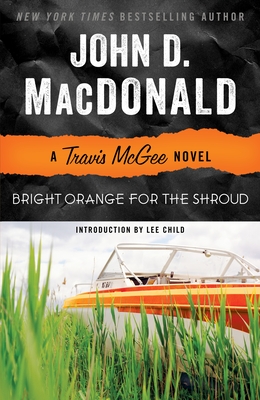 This is book number 6 in the Travis McGee series.

From a beloved master of crime fiction, Bright Orange for the Shroud is one of many classic novels featuring Travis McGee, the hard-boiled detective who lives on a houseboat.

Travis McGee is looking forward to a “slob summer,” spending his days as far away from danger as possible. But trouble has a way of finding him, no matter where he hides. An old friend, conned out of his life savings by his ex-wife, has tracked him down and is desperate for help. To get the money back and earn his usual fee, McGee will have to penetrate the Everglades—and the mind of a violently twisted grifter.

McGee has never seen a man so changed by one year of life. Arthur Wilkinson had been an amiable and decent young man looking to invest some of his considerable inheritance in a marina enterprise. Then a pretty blonde named Wilma Ferner showed up. She was soon Mrs. Wilkinson, and it took her only a year to leave Arthur bankrupt and broken.

But what starts out as a simple job turns into a dangerous situation when McGee comes face-to-face with a quick-thinking and quicker-fisted foe in the Florida swamps. Now Arthur’s fortune isn’t the only thing on the line: This job may mean McGee’s life.