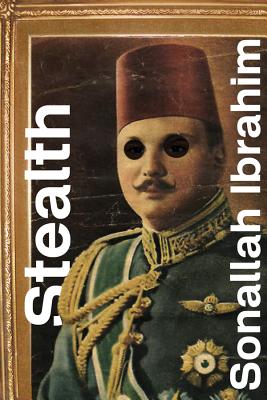 Set in the turbulent years before the 1952 revolution that would overthrow King Farouk and bring Gamal Abdel Nasser to power, Stealth — by Sonallah Ibrahim, one of Egypt’s most respected and uncompromising novelists — is a gripping story seen through the eyes of an eleven-year-old boy. A young Egyptian’s coming of age proves halting and uncertain as he fails to outgrow dependence on his aging father and tries to come to terms with the absence of his mother. Through the boy’s memories, fantasies, and blunt observations, we experience his attempts at furtively spying on the world of Egyptian adults. His adventures portray a Cairo full of movie stars, royalty, revolutionaries, and ordinary people trying to survive in the decaying city.

Born in Cairo in 1937, Sonallah Ibrahim studied law at Cairo University and was imprisoned in 1959 for his political activities. After his release he spent several years abroad and returned in 1974 to Cairo, where he has lived ever since. In 2004 he was awarded — and pointedly declined — the Egyptian government’s prestigious Novelist of the Year prize.

Hosam Aboul-Ela is an author and the translator of Soleiman Fayyad and Ibrahim Abdel Meguid. He is an Associate Professor in the English department at the Universityof Houston, Texas.