The Dark Child: The Autobiography of an African Boy (Paperback) 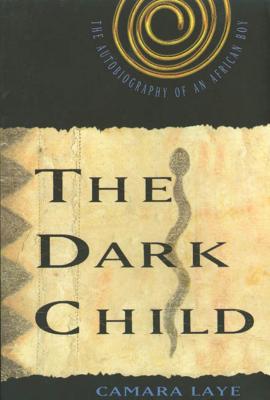 The Dark Child is a distinct and graceful memoir of French author Camara Laye's youth in the village of Koroussa, French Guinea.

Long regarded as Africa's preeminent Francophone novelist, Laye (1928-1980) herein marvels over his mother's supernatural powers, his father's distinction as the village goldsmith, and his own passage into manhood, which is marked by animistic beliefs and bloody rituals of primeval origin. Eventually, he must choose between this unique place and the academic success that lures him to distant cities. More than an autobiography of one boy, this is the universal story of sacred traditions struggling against the encroachment of a modern world.

A passionate and deeply affecting record, The Dark Child is a classic of African literature.

Camara Laye was born in 1928 in the village of Koroussa, French Guinea. He was still in his twenties and studying engineering in France when he wrote his award-winning memoir, The Dark Child. His next book, The Radiance of the King, was described as "one of the greatest of the African novels of the colonial period" (Kwame Anthony Appiah). He died in Senegal in 1980.

“The Dark Child has the force of nostalgia, which spurred Laye to write it to relieve his exile at a time when he was far from his people.” —From the Introduction by Philippe Thoby-Marcellin