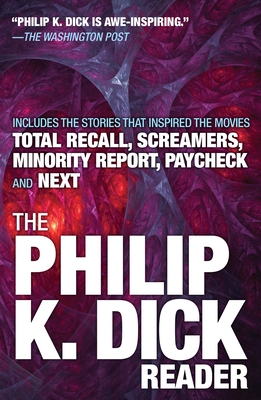 Includes the stories that inspired the movies Total Recall, Screamers, Minority Report, Paycheck, and Next

“More than anyone else in the field, Mr. Dick really puts you inside people’s minds.” —The Wall Street Journal

Many thousands of readers consider Philip K. Dick the greatest science fiction mind on any planet. Since his untimely death in 1982, interest in Dick’s works has continued to mount, and his reputation has been further enhanced by a growing body of critical attention. The Philip K. Dick Award is now given annually to a distinguished work of science fiction, and the Philip K. Dick Society is devoted to the study and promulgation of his works.

Dick won the prestigious Hugo Award for the best novel of 1963 for The Man in the High Castle. In the last year of his life, the film Blade Runner was made from his novel Do Androids Dream of Electric Sheep?

“More than anyone else in the field, Mr. Dick really puts you inside people’s minds.”
—The Wall Street Journal