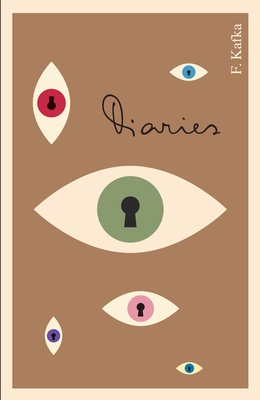 Quietly the best thing Kafka produced. Highlights include that the diary is his dream journal, and that it is often difficult to tell when it is serving that purpose. A book to dip into at random. Best read in the dark or in the fog.

These diaries cover the years 1910 to 1923, the year before Kafka’s death at the age of forty. They provide a penetrating look into life in Prague and into Kafka’s accounts of his dreams, his feelings for the father he worshipped and the woman he could not bring himself to marry, his sense of guilt, and his feelings of being an outcast. They offer an account of a life of almost unbearable intensity.

Franz Kafka was born in 1883 in Prague, where he lived most of his life. During his lifetime, he published only a few short stories, including “The Metamorphosis,” “The Judgment,” and “The Stoker.” He died in 1924, before completing any of his full-length novels. At the end of his life, Kafka asked his lifelong friend and literary executor Max Brod to burn all his unpublished work. Brod overrode those wishes.

“In Kafka we have before us the modern mind splendidly trained for the great game of pretending that the world it comprehends in sterilized sobriety is the only and ultimate reality there is—yet a mind living in sin with the soul of Abraham. Thus he knows two things at once, and both with equal assurance: that there is no God, and that there must be a God. It is the perspective of the curse: the intellect dreaming of its dream of absolute freedom, and the soul knowing of its terrible bondage.”
—Erich Heller

“It is likely that these journals will be regarded as one of [Kafka’s] major literary works; his life and personality were perfectly suited to the diary form, and in these pages he reveals what he customarily hid from the world.”
—The New Yorker