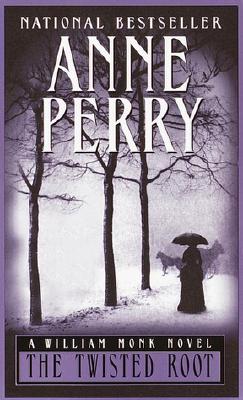 A young groom enlists private investigator William Monk to track down his fiancée, Miriam Gardiner, who disappeared suddenly from a party at a luxurious Bayswater mansion. But Monk soon finds the coach in which Miriam fled and, nearby, the murdered body of the coachman. There is no trace of Miriam. What strange compulsion could have driven the beautiful widow to abandon the prospect of a loving marriage and financial abundance? Monk and clever nurse Hester Latterly, themselves now newlyweds, desperately pursue the elusive truth--and an unknown killer whose malign brilliance they have scarcely begun to fathom. . . .

Among Anne Perry's other novels featuring investigator William Monk are The Silent Cry, Cain His Brother, Defend and Betray, Weighed in the Balance, A Breach of Promise, and, most recently, Slaves of Obsession. She also writes the popular novels featuring Thomas and Charlotte Pitt, including Bedford Square, Pentecost Alley, Traitors Gate, The Hyde Park Headsman, Highgate Rise, and Ashworth Hall. "Her grasp of Victorian character and conscience still astonishes," said The Cleveland Plain Dealer about the author. Hundreds of thousands of readers agree. Anne Perry lives in Scotland.

"A NOVEL WHOSE SUSPENSE REMAINS HIGH UNTIL THE FINAL PAGES . . . Anne Perry is [a] master of crime fiction who rarely fails to deliver a strong story and a colorful cast of characters."
--The Baltimore Sun

"When a law flies in the face of moral justice, can a person be condemned for defying it--even to the point of murder? Anne Perry argues the issue with uncommon eloquence . . ."
--The New York Times Book Review