Dead Beat and Kick Back: Kate Brannigan Mysteries #1 and #2 (Paperback) 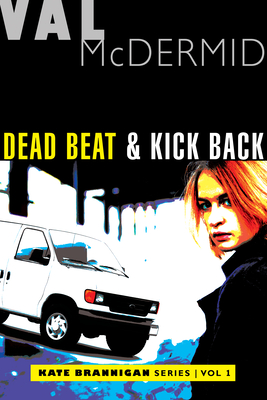 As a favor to her rock journalist boyfriend, Kate agrees to track down a missing song-writer Moira Pollock, a search that takes her into some of the seediest parts of Leeds and Bradford. But little does she realise that finding Moira is only a prelude to murder. Juggling her other cases, including a search to uncover the source of counterfeit luxury goods, Brannigan finds herself for the first time on the trail of a killer.

In Kick Back, Kate Brannigan investigates the bizarre case of the missing conservatories. Before long she's up to her neck in crooked land deals, mortgage scams, financial chicanery and murder. But when a favor for a friend puts Kate's own life in danger, bizarre is not the first word she thinks of...

Val McDermid's best-selling novels have won the Los Angeles Times Book of the Year and the CWA Gold Dagger and Cartier Diamond Dagger Awards. She is also a multiple finalist for the Edgar Award, including for Edgar Nominee for Fact Crime Forensics, which won the Anthony Award for non-fiction. She lives in Scotland.