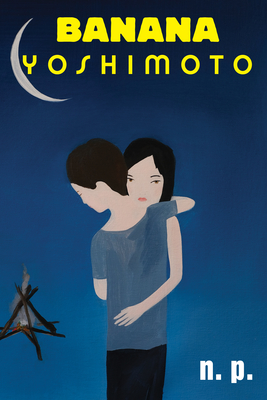 Banana Yoshimoto's short and delicate novel discusses broken families, taboo love affairs, suicide, and overcoming loss, yet her characters approach these topics as if they were common and familiar, emphasizing on human relationships and mutual understanding, all while navigating through the everyday musings and passing thoughts during Japan's lost generation. Reading this feels like you're alone drinking coffee with a friend on a dark rooftop in Tokyo, feeling the crisp air of a deep blue night, holding tight and not wanting it to ever end.

"Yoshimoto hits some of the same notes that a previous generation's literary masters (say, Kawabata or Tanizaki) might sound, and yet the effect seems artless, spontaneous and wonderfully fresh." --Los Angeles Times Book Review Banana Yoshimoto's warm, witty, and heartfelt depictions of the lives of young Japanese have earned her international acclaim and best-seller status, as well as a place among the best of contemporary Japanese literature. In N.P., a celebrated Japanese writer has committed suicide, leaving behind a collection of stories written in English, entitled N.P. But the book may never be published in his native Japan: each translator who takes up the ninety-eighth story chooses death too--including Kazami's boyfriend, Shoji. Haunted by Shoji's death, Kazami discovers the truth behind the ninety-eighth story--and comes to believe that "everything that had happened was shockingly beautiful, enough to make you crazy." Banana Yoshimoto's language sweeps the reader immediately into the streets of Tokyo, with her uncanny ability to merge the echoes of Japanese traditional literature with a contemporary plot. N.P. is essential reading, a stunningly simple tale of youthful desires and obsessions.

Banana Yoshimoto has won numerous prizes in her native Japan, and her first book, Kitchen, has sold millions of copies worldwide. Her books have been translated and published in more than twenty countries. She lives in Tokyo.