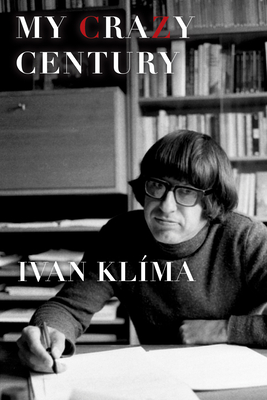 By Ivan Klíma, Craig Cravens (Translator)
Unavailable, our apologies.
Sorry, We Can Not Obtain this Book at This Time

In his intimate autobiography, spanning six decades that included war, totalitarianism, censorship, and the fight for democracy, acclaimed Czech writer Ivan Kl ma reflects back on his remarkable life and this critical period of twentieth-century history. Kl ma's story begins in the 1930s on the outskirts of Prague where he grew up unaware of his concealed Jewish heritage. It came as a surprise when his family was transported to the Terez n concentration camp--and an even greater surprise when most of them survived. They returned home to a city in economic turmoil and falling into the grip of Communism. Against this tumultuous backdrop, Kl ma discovered his love of literature and matured as a writer. But as the regime further encroached on daily life, arresting his father and censoring his work, Kl ma recognized the party for what it was: a deplorable, colossal lie. The true nature of oppression became clear to him and many of his peers, among them Josef Skvoreck , Milan Kundera, and V clav Havel. From the brief hope of freedom during the Prague Spring of 1968 to Charter 77 and the eventual collapse of the regime in 1989's Velvet Revolution, Kl ma's revelatory account provides a profoundly rich personal and national history.

Ivan Klima was born in Prague in 1931. He is the award-winning author of over 20 novels, including "Waiting for the Dark, Waiting for the Light," "No Saints or Angels," "The Ultimate Intimacy," and "Lovers for a Day"--all "New York Times" Notable Books of the Year.

Craig Cravens (translator) has taught Czech language and culture for over 10 years; he is currently a senior lecturer at Indiana State University. He has a PhD in Slavic languages and literature from Princeton University and a BA from Amherst College in Russian Literature.

Praise for My Crazy Century

"A very successful memoir, which could serve as a guidebook for the 20th century, especially for the younger generation." Respekt

"Klíma traces an arc from 1967 to 1989, describing the developments of the Prague Spring, the August occupation, and twenty schizophrenic years of Normalization.’ He of course pays attention not only to the so-called important events, but heads off into a very intimate sphere of personal experience." Literární Noviny

"We find in this book an unaffected testimony of tragic and absurd experiences, of injustice, wrongs, and first loves, of ever more successful artistic attempts, and later, of the fight against communist censors." iDnes

"Rather than become embittered by his country’s past, Klíma has come to a truce with imperfectionthe imperfection of history and of love." San Francisco Chronicle

"Hope, guilt, the search for true close human contactthese are the themes to which Klima has been steadfast through a difficult lifetime." The New York Times