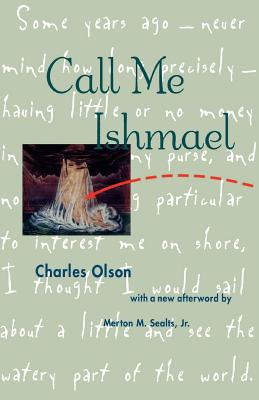 You've finished Moby-Dick and you want to keep riding the high. This is how. A century after Moby-Dick, Charles Olson traces Moby-Dick's real-life and literary origins. Melville and Olson inhabit the same weather-beaten New England literary realm, and this groundbreaking text is infused with the trademark style that made Olson a cult classic American poet. Among the most interesting ideas explored is how there are two Moby-Dicks, tied together by Hamlet.

One of the most stimulating essays ever written on Moby Dick, and for that matter on any piece of literature, and the forces behind it.--San Francisco Chronicle

First published in 1947, this acknowledged classic of American literary criticism explores the influences--especially Shakespearean ones--on Melville's writing of Moby-Dick. One of the first Melvilleans to advance what has since become known as the theory of the two Moby-Dicks, Olson argues that there were two versions of Moby-Dick, and that Melville's reading King Lear for the first time in between the first and second versions of the book had a profound impact on his conception of the saga: the first book did not contain Ahab, writes Olson, and it may not, except incidentally, have contained Moby-Dick. If literary critics and reviewers at the time responded with varying degrees of skepticism to the theory of the two Moby-Dicks, it was the experimental style and organization of the book that generated the most controversy.

Charles Olson (1910-1970), an avant garde poet, literary critic, and literary theorist, is the author of The Maximus Poems, The Distances, The Human Universe and Other Essays, and In Cold Hell, in Thicket.