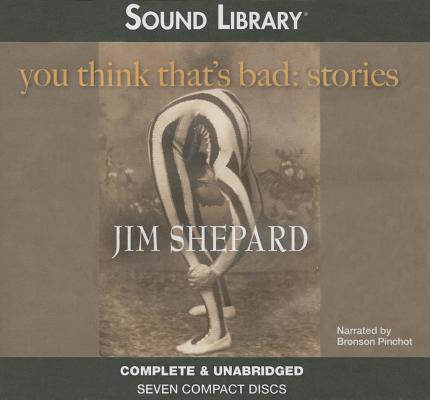 By Jim Shepard, Bronson Pinchot (Read by)
Unavailable, our apologies.
Sorry, We Can Not Obtain this Book at This Time

Culling the vastness of experience-from its bizarre fringes and breathtaking pinnacles to the mediocre and desperately below average-like an expert curator, Jim Shepard populates this collection with characters at once wildly diverse and wholly fascinating.

A black world operative can't tell his wife a word about his daily activities, but doesn't resist sharing her confidences. A young Alpine researcher is smitten by the girlfriend of his dead brother, killed in an avalanche he believes he caused. An unlucky farm boy becomes the manservant of a French nobleman who's as proud of having served with Joan of Arc as he's aroused by slaughtering children. A free spirit tracks an ancient Shia sect, becoming the first Western woman to travel the Arabian Deserts. From the inventor of the Godzilla epics to a miserable G.I. in New Guinea, each is complicit in his or her downfall and comes to learn that, in love, knowing better is never enough.