The River War: An Account of the Reconquest of the Sudan (Paperback) 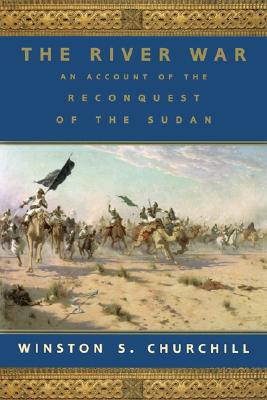 By Winston S. Churchill
$14.00
Email or call for availability

First published in 1899, this enduring, insightful account of the reconquest of Sudan not only chronicles a campaign but also demonstrates how it altered the destiny of England, Egypt, and the Arabian peoples in northeast Africa. In 1881, more by accident than design, as Churchill sees it, England was drawn into the affairs of Egypt. Once there, under Lord Cromer and with virtually sovereign power, the English strove to establish a sound government and to stimulate Egyptian prosperity. It was at this moment, however, that the Mahdi rebelled and plunged the Egyptian suzerainty of Sudan into the bloodshed and confusion. Placing the catastrophic events of the 1880s in the context of Sudanese history, Churchill shows how the ineffectually maintained suzerainty gave rise to the Mahdi, who, in his view, fathered Arab nationalism. After tracing the Mahdi massacre of General Charles Gordon in Khartoum and the emergence of the fanatical, plunderous, and slave-raiding regime known as the Dervish Empire, Churchill dramatically recounts the reconquest and pacification of Sudan by a mixed Anglo-Egyptian force under the command of Sir Herbert Kitchener. The outcome would for decades link the destiny of Great Britain to Egypt in Sudan.