The Making of Foreign Policy in Iraq: Political Factions and the Ruling Elite (Paperback) 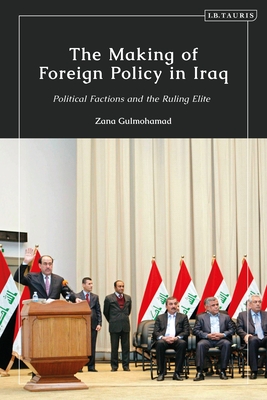 By Zana Gulmohamad
$39.95
Unavailable
Not Yet Published - Other Formats May Be Available

How is foreign policy made in Iraq? Based on dozens of interviews with senior officials and politicians, this book provides a clear analysis of the development of domestic Iraqi politics since 2003. Zana Gulmohamad explains how the federal government of Iraq and Kurdistan Regional Government (KRG) have functioned and worked together since toppling Saddam to reveal in granular detail the complexity of their foreign policy making.
The book shows that the ruling elites and political factions in Baghdad and in the capital of the Kurdistan Region, Erbil, create foreign policies according to their agendas. The formulation and implementation of the two governments' foreign policies is to a great extent uncoordinated. Yet Zana Gulmohamad places this incoherent model of foreign policy making in the context of the country's fragmented political and social context and explains how Iraq's neighbouring countries - Iran, Turkey, Saudi Arabia and Syria before the civil war - have each influenced its internal affairs. The book is the first study dedicated to the contemporary dynamics of the Iraqi state - outside the usual focus on the "great powers" - and it explains exactly how Iraqi foreign policy is managed alongside the country's economic and security interests.

Zana K Gulmohamad is a Teaching Associate in the Department of Politics and International Relations at the University of Sheffield where he completed his PhD and become a Fellow of the Higher Education Academy. He has published on Iraq and radical armed groups and contributed to the US's Strategic Multilayer Assessment.