Mosul under ISIS: Eyewitness Accounts of Life in the Caliphate (Hardcover) 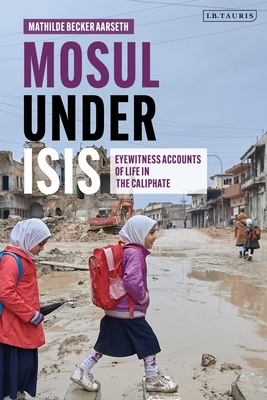 The Islamic State of Iraq and the Levant (ISIS) ruled Mosul from 2014-2017 in accordance with its extremist interpretation of sharia. But beyond what is known about ISIS governance in the city from the group's own materials, very little is understood about the reality of its rule, or reasons for its failure, from those who actually lived under it.

This book reveals what was going on inside ISIS institutions based on accounts from the civilians themselves. Focusing on ISIS governance of education, healthcare and policing, the interviewees include: teachers who were forced to teach the group's new curriculum; professors who organized secret classes in private; doctors who took direct orders from ISIS leaders and worked in their headquarters; bureaucratic staff who worked for ISIS; and an interview with the governor of Mosul at the time of ISIS's arrival. These accounts provide unique insight into the lived realities in the controlled territories and reveal how the terrorist group balanced their commitment to Islamist ideology with the practical challenges of state building. This book also benefits from access to the newly available "ISIS Files" archive at George Washington University, which contains 15,000 ISIS administrative documents.

Moving beyond the simplistic dichotomy of civilians as either passive victims or ISIS supporters, Mathilde Becker Aarseth highlights here those people who actively resisted or affected the way in which ISIS ruled. The book invites readers to understand civilians' complex relationship to the extremist group in the context of fragmented state power and a city torn apart by the occupation.

Mathilde Becker Aarseth is Postdoctoral Researcher at the Centre for Islamic and Middle East Studies at the University of Oslo, Norway. She has published on ISIS in the journal Middle East Policy and in the Routledge Handbook of Citizenship in the Middle East and North Africa (2020).