White Supremacy Confronted: U.S. Imperialism and Anti-Communisim vs. the Liberation of Southern Africa, from Rhodes to Mandela (Paperback) 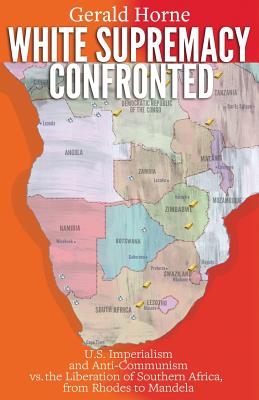 Based upon exhaustive research in all presidential libraries from Hoover to Clinton, the voluminous archives of the African National Congress ANC] at Fort Hare University in South Africa, along with allied archives of the NAACP, the Ford and Rockefeller fortunes, etc., this is the most comprehensive account to date of the entangled histories of apartheid and Jim Crow that culminated in 1994 with the election of Nelson Mandela as president in Pretoria.

The author traces in detail the close ties between e.g. Mandela, Robeson, and Du Bois--among others--and how their working in tandem with the socialist camp (particularly the Soviet Union and Cuba) was the deciding factor (along with the struggles of Africans and their allies on both sides of the Atlantic) in compelling the reluctant retreat of the comrades-in-arms: apartheid and Jim Crow. However, weeks after the collapse of the Berlin Wall the apartheid regime chose to free Mandela and to legalize the ANC and its close ally, the South African Communist Party--while anticommunism, a major ideological weapon of the ruling class in Washington and Pretoria alike, surged--putting the Mandela government in a weakened position in the prelude to the nation's first democratic elections in 1994 and thereafter.

Also detailed in these riveting pages are the allied struggles in Namibia, Angola, Zimbabwe, Congo, Tanzania, Zambia and Mozambique, along with the massive solidarity movement in the U.S.--particularly among unions and students--that contributed mightily to victory.

This is a story well worth studying as we continue to combat anticommunism--and struggle for socialism.