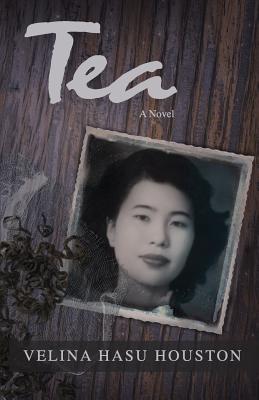 By Velina Hasu Houston
$28.50
Not On Our Shelves - Available to Order

It's 1968. Himiko Hamilton struggles in a graceless marriage in a country that is not her own. Having come from Japan at the end of World War II and landed in a small Kansas town because of her marriage to an American soldier, she is at odds with the culture that she left behind and the one in which she is trying to survive.

In the midst of this turmoil is her beautiful mixed race teenage daughter Mieko Hamilton who is caught between her mother's Japanese world and that of her American father, walking a tightrope between a lissome old world and a new society that does not know what to make of her.

Four Japanese women - Setsuko Banks, Teruko MacKenzie, Atsuko Yamamoto, and Chizuye Juarez - come together to clean Himiko's house after her tragic suicide upsets the balance of life in their small Japanese immigrant community in the middle of the Kansas heartland. It is a ritual of honor for them as they share tea together for the very first time and try to purify Himiko's journey, and, in so doing, their own and that of Mieko as well.

The spirit of the dead woman returns as a ghostly ringmaster to force the women to come to terms with the disquieting tension of their lives and find common ground so that Himiko can escape from the limbo between life and death, and move on to the next world in peace--and indeed carve a pathway for their future passage.

The novel is based on Velina Hasu Houston's critically acclaimed play, "Tea," which was the inspiration for "The Joy Luck Club." Written seven years before the latter novel, "Tea" premiered Off-Broadway at Manhattan Theatre Club in 1987, two years prior to the "The Joy Luck Club's" publication. Take a journey into the lives of a group of Asian immigrant women that built transnational lives for them and their children.