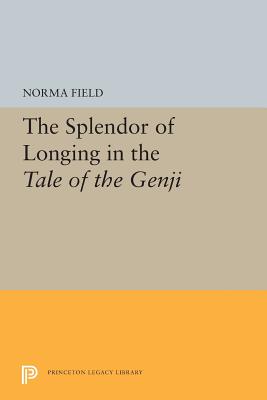 By Norma Field
$60.50
Not On Our Shelves - Available to Order

Foremost among Japanese literary classics and one of the world's earliest novels, the Tale of Genji was written around the year A.D. 1000 by Murasaki Shikibu, a woman from a declining aristocratic family. For sophisticaion and insight, Western prose fiction was to wait centuries to rival her work. Norma Field explore the shifting configurations of the Tale, showing how the hero Genji is made and unmade by a series of heroines.
Professor Field draws on the riches of both Japanesse and Western scholarship, as well as on her own sensitive reading of the Tale. Included are discussions of the social, psychological, and political dimensions of the aesthetics of this novel, with emphasis on the crucial relationship of erotic and political concerns to prose fiction.
Norma Field is Assistant Professor of Far Eastern Languages and Civilizations at the University of Chicago.

Originally published in 1987. The Princeton Legacy Library uses the latest print-on-demand technology to again make available previously out-of-print books from the distinguished backlist of Princeton University Press. These editions preserve the original texts of these important books while presenting them in durable paperback and hardcover editions. The goal of the Princeton Legacy Library is to vastly increase access to the rich scholarly heritage found in the thousands of books published by Princeton University Press since its founding in 1905.