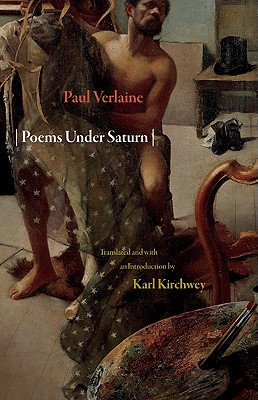 Poems Under Saturn is the first complete English translation of the collection that announced Paul Verlaine (1844-1896) as a poet of promise and originality, one who would come to be regarded as one of the greatest of nineteenth-century writers. This new translation, by respected contemporary poet Karl Kirchwey, faithfully renders the collection's heady mix of classical learning and earthy sensuality in poems whose rhythm and rhyme represent one of the supreme accomplishments of French verse. Restoring frequently anthologized poems to the context in which they originally appeared, Poems Under Saturn testifies to the blazing talents for which Verlaine is celebrated.

Karl Kirchwey is professor of the arts and director of the Creative Writing Program at Bryn Mawr College, and, from 2010-2013, the Andrew Heiskell Arts Director at the American Academy in Rome. For many years he was director of the 92nd Street Y Unterberg Poetry Center in New York City. His six books of poetry include The Happiness of This World and Mount Lebanon.