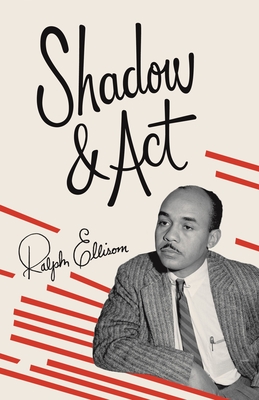 By Ralph Ellison
$17.00
Backordered - May Take 10+ Days to Become Available, Will Ship Separately

With the same intellectual incisiveness and supple, stylish prose he brought to his classic novel Invisible Man, Ralph Ellison examines his antecedents and in so doing illuminates the literature, music, and culture of both black and white America. His range is virtuosic, encompassing Mark Twain and Richard Wright, Mahalia Jackson and Charlie Parker, The Birth of a Nation and the Dante-esque landscape of Harlem—“the scene and symbol of the Negro’s perpetual alienation in the land of his birth.” Throughout, he gives us what amounts to an episodic autobiography that traces his formation as a writer as well as the genesis of Invisible Man.

On every page, Ellison reveals his idiosyncratic and often contrarian brilliance, his insistence on refuting both black and white stereotypes of what an African American writer should say or be. The result is a book that continues to instruct, delight, and occasionally outrage readers.

Ralph Ellison (1914–1994) was born in Oklahoma and trained as a musician at Tuskegee Institute from 1933 to 1936, at which time a visit to New York and a meeting with Richard Wright led to his first attempts at fiction. Invisible Man won the National Book Award. Appointed to the Academy of American Arts and Letters in 1964, Ellison taught at several institutions, including Bard College, the University of Chicago, and New York University, where he was Albert Schweitzer Professor of Humanities.