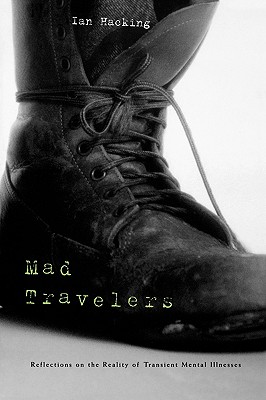 Sociology and etiology blur tellingly in Ian Hacking's exploration of historically transient mental illnesses, such as 'mad traveler's disease.' These are afflictions and entire correspondent ways of being that disappear as social conditions change. This book recounts the dromomania of Albert Dadas, whose serial ambulations took him all over nineteenth-century Europe, often without identification or motivation, as well as the cultures that culminate in his diagnosis. Hacking entertains the idea of a gendered fugue or "bodily expression of male powerlessness" in comparison to female hysteria, yet his broadly historicist program is refreshingly less pell-mell than Foucault, and doesn't make any easy anti-psychiatric overtures.

Hacking tells the fascinating tale of Albert Dadas, a native of France's Bordeaux region and the first diagnosed mad traveler. Dadas suffered from a strange compulsion that led him to travel obsessively, often without identification, not knowing who he was or why he traveled. Using the records of Philippe Tissi , Dadas's physician, Hacking attempts to make sense of this strange epidemic.

In telling this tale, Hacking raises probing questions about the nature of mental disorders, the cultural repercussions of their diagnosis, and the relevance of this century-old case study for today's overanalyzed society.