Why I Am Not a Christian: And Other Essays on Religion and Related Subjects (Paperback) 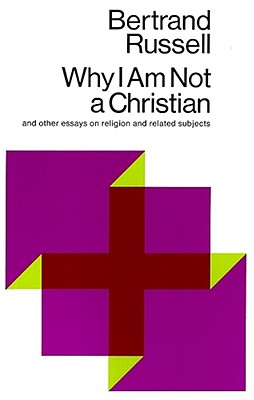 “Devastating in its use of cold logic,” (The Independent), the classic essay collection that expresses the freethinker’s views to religion and challenges set notions in today’s society from one of the most influential intellectual figures of the twentieth century.

Dedicated as few men have been to the life of reason, Bertrand Russell has always been concerned with the basic questions to which religion also addresses itself—questions about man’s place in the universe and the nature of the good life, questions that involve life after death, morality, freedom, education, and sexual ethics. He brings to his treatment of these questions the same courage, scrupulous logic, and lofty wisdom for which his other work as philosopher, writer, and teacher has been famous. These qualities make the essays included in this book perhaps the most graceful and moving presentation of the freethinker's position since the days of Hume and Voltaire.

“I am as firmly convinced that religions do harm as I am that they are untrue,” Russell declares in his Preface, and his reasoned opposition to any system or dogma which he feels may shackle man’s mind runs through all the essays in this book, whether they were written as early as 1899 or as late as 1954.

The book has been edited, with Lord Russell’s full approval and cooperation, by Professor Paul Edwards of the Philosophy Department of New York University. In an Appendix, Professor Edwards contributes a full account of the highly controversial “Bertrand Russell Case” of 1940, in which Russell was judicially declared “unfit” to teach philosophy at the College of the City of New York.

Whether the reader shares or rejects Bertrand Russell’s views, he will find this book an invigorating challenge to set notions, a masterly statement of a philosophical position, and a pure joy to read.

Bertrand Arthur William Russell was a philosopher, logician, essayist and social critic best known for his work in mathematical logic and analytic philosophy. His most influential contributions include his championing of logicism.