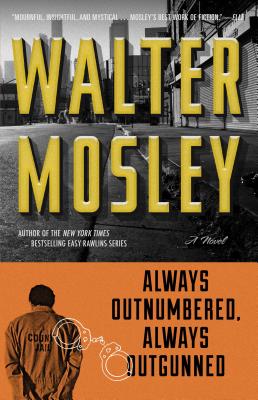 "I either committed a crime or had a crime done to me every day I was in jail. Once you go to prison you belong there." Socrates Fortlow has done his time: twenty-seven years for murder and rape, acts forged by his huge, rock-breaking hands. Now, he has come home to a new kind of prison: two battered rooms in an abandoned building in Watts. Working for the Bounty supermarket, and moving perilously close to invisibility, it is Socrates who throws a lifeline to a drowning man: young Darryl, whose shaky path is already bloodstained and fearsome. In a place of violence and hopelessness, Socrates offers up his own battle-scarred wisdom that can turn the world around.

Walter Mosley is the acclaimed author of forty-three books, including the internationally bestselling Easy Rawlins series. His best known Easy Rawlins novels include Devil in a Blue Dress, A Red Death, White Butterfly, Black Betty, and Little Yellow Dog. He is also the author of the collection of stories Always Outnumbered. Always Outgunned featuring Socrates Fortlow, which was the basis for an HBO feature film. A former president of the Mystery Writers of America, he was named a grand master by the organization in 2016. He has served on the board of directors of the National Book Foundation and is a recipient of the PEN American Center Lifetime Achievement Award. A native of Los Angeles, he now lives in New York City.

"Mournful, insightful, and mystical. It is also Mosley's best work of fiction."
— Elle

"A wonderful book...[with] characters who seem as real as the reader."
— Denver Post

"Mosley has constructed a perfect Socrates for millennium's end -- a principled man who finds that the highest meaning of life can be attained through self-knowledge, and who convinces others of the power and value of looking within."
— San Francisco Chronicle

"Mosley's style suits his subject perfectly. The prose is sand-papery, the sentence rhythms often rough and jabbing. But then -- sudden surprise -- we come upon moments of undefended lyricism."
— Sven Birkerts, The New York Times Book Review

"Unveiling a new, bigger-than-life urban hero...Mosley...confer[s] on the mean streets of contemporary L.A. what filmmaker John Ford helped create for the American West: a gun-slinging mythology of street justice and a gritty, elegiac code of honor...A maverick protagonist."
— Publishers Weekly

"An insistently probing, philosophical gem...set in a world where standard notions of right and wrong have been blown to hell."
— Sonoma County Independent

"The work of a writer unafraid of pushing forward his own notions of responsibility and entitlement."
— The Los Angeles Times Book Review