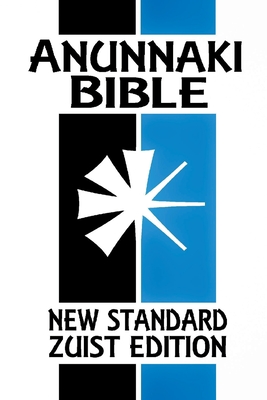 --Here is the ancient Sumerian Anunnaki origins of all known religious systems on the planet today.

--Here is the cuneiform tablet origin of the Judeo-Christian, Hermetic and Zoroastrian texts;records that predate better-known scriptures of the "Holy Bible" by 2,000 years or more

--Here is the "original" Anunnaki Bible-separating "prehistory" from "history"-collecting the most ancient writings on the planet from Babylonian sources in Mesopotamia. Here is the recovery and incorporation of wisdom from the Ancient Near East into a modern tradition of Babylonian Neopaganism known for over a decade as Mardukite Zuism.

--Here is the New Standard Zuist Edition of the classic text by world renowned Joshua Free; an abridged version of "The Complete Anunnaki Bible" edited for the Church of Mardukite Zuism.

Now, more than a decade since the "Mardukite Core" materials by Joshua Free began circulating in the underground, a new edition of the cornerstone volume has arrived, uncovering ancient cuneiform scriptures from the heart of Mesopotamia and revealing the near-prehistoric legacy of the Sumerians and Babylonians as never before.

The purpose of the "NSZE" version of the Anunnaki Bible is to simplify a new futurist presentation of the original cuneiform tablet translations from The Complete Anunnaki Bible-the result of over half-of-a-decade of intensive explorations by the Mardukite Research Organization (Mardukite Chamberlains/Council of Nabu) from 2008-2015.

For the first time in the modern history, humanity can access this collection of the most concise cunieform scripture translations available-composing, themselves, the most ancient "Bible" known to mankind; and one that went on to inspire the religious and spiritual systems on the planet Earth for thousands of years thereafter.

This edition of the Anunnaki Bible presents a "new standard" for officially incorporating a solid modern religious tradition of "Mardukite Zuism" philosophy and its Systemology of applied spiritual technology for the future.

Great care was taken in selecting and arranging the most critical elements of ancient Mesopotamian literature to present this universally workable edition (once exclusively a "Mardukite" version of these materials). In doing so, this special Anunnaki Bible NSZE applies equally to all modern factions, revival/reconstruction efforts, historical or academic pursuits and Mesopotamian Neopaganism. To aid study and research, a Seeker may still refer to The Complete Anunnaki Bible for supplemental commentary.

The Mardukite "Anunnaki Bible: Cuneiform Scriptures (New Standard Zuist Edition)" represents concise historic archaeological foundations for a new generation of Chamberlains, Mardukite Ministers, Zuist Priests and Priestesses, and other Systemologists around the world. With this special premiere pocket paperback edition available as a the perfect personal companion or gift to another--you won't want to miss it