No True Love in Tehran: An American Trip to Iran (Paperback) 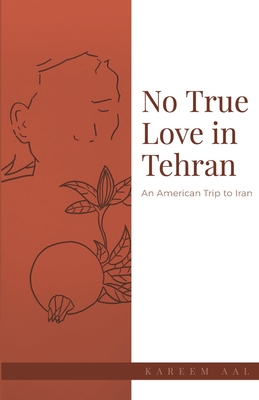 Would you travel to Iran?

In 2010, a schoolteacher from Minneapolis accepted an invitation from an Iranian friend to travel to the Islamic Republic of Iran, a place labeled "evil" by the US government. "Iran is a snake with many heads," his friend had told him on the night they first met. "The mask is there, but no one knows what is going on."

From a coffee shop in Minneapolis to tea houses lined with Persian rugs, follow one American's personal quest to understand a world hidden by negative headlines ever since the 1979 Islamic Revolution.

With honesty and humor, No True Love in Tehran chronicles relationships in Iran that are both enduring and fraying in a closed society. In the parks, high-octane bachelors use English like an aphrodisiac and are willing to risk imprisonment to get women's phone numbers while families set up extravagant picnics as a force field against the frustrations of the day. A crowd is mesmerized by a guitarist only to find the musician being whisked away by the Morality Police; subway riders reveal secret opinions about their country beneath the streets of Iran's capital city.

The teacher-neither a journalist nor a tourist, and crippled by a hallucinatory fear of being arrested-finds a culture that loves beauty, but also has a soft spot for death. These emotions are expressed in murals that depict martyrs and in thousand-year-old poems recited by cab drivers.

In this entertaining reflection on the culture of the Middle East, we are taken on hikes up the mountains surrounding Tehran to talk with ordinary Iranians who look down at a heartsick city-one that clings to life on the border of tradition and modernity.

Bursting with unforgettable characters, storytelling, seeking, and footsteps across the East-West cultural bridge, No True Love in Tehran, is the story of the most daring adventure of all-trust between an American and Iranian.