Rabbis, Sorcerers, Kings, and Priests: The Culture of the Talmud in Ancient Iran (Paperback) 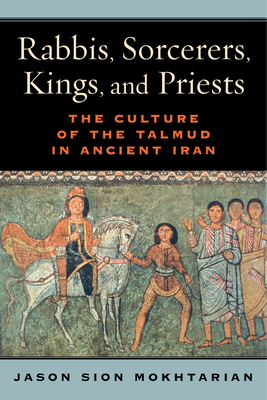 Rabbis, Sorcerers, Kings, and Priests examines the impact of the Persian Sasanian context on the Babylonian Talmud, perhaps the most important corpus in the Jewish sacred canon. What impact did the Persian Zoroastrian Empire, as both a real historical force and an imaginary interlocutor, have on rabbinic identity and authority as expressed in the Talmud? Drawing from the field of comparative religion, Jason Sion Mokhtarian addresses this question by bringing into mutual fruition Talmudic studies and ancient Iranology, two historically distinct disciplines. Whereas most research on the Talmud assumes that the rabbis were an insular group isolated from the cultural horizon outside their academies, this book contextualizes the rabbis and the Talmud within a broader sociocultural orbit by drawing from a wide range of sources from Sasanian Iran, including Middle Persian Zoroastrian literature, archaeological data such as seals and inscriptions, and the Aramaic magical bowl spells. Mokhtarian also includes a detailed examination of the Talmud’s dozens of texts that portray three Persian “others”: the Persians, the Sasanian kings, and the Zoroastrian priests. This book skillfully engages and demonstrates the rich penetration of Persian imperial society and culture on the Jews of late antique Iran.

Jason Sion Mokhtarian is Associate Professor and Herbert and Stephanie Neuman Chair in Hebrew and Jewish Literature at Cornell University.

"Recommended for scholars and students of both Jewish and Iranian literature."
— Theologische Literaturzeitung