Endangered Maize: Industrial Agriculture and the Crisis of Extinction (Paperback) 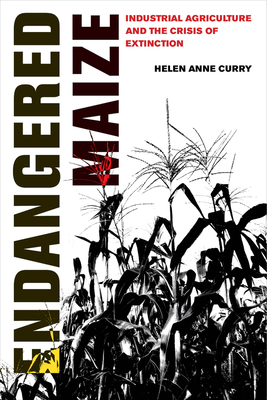 Charting the political, social, and environmental history of efforts to conserve crop diversity.

Many people worry that we're losing genetic diversity in the foods we eat. Over the past century, crop varieties standardized for industrial agriculture have increasingly dominated farm fields. Concerned about what this transition means for the future of food, scientists, farmers, and eaters have sought to protect fruits, grains, and vegetables they consider endangered. They have organized high-tech genebanks and heritage seed swaps. They have combed fields for ancient landraces and sought farmers growing Indigenous varieties. Behind this widespread concern for the loss of plant diversity lies another extinction narrative that concerns the survival of farmers themselves, a story that is often obscured by urgent calls to collect and preserve. Endangered Maize draws on the rich history of corn in Mexico and the United States to uncover this hidden narrative and show how it shaped the conservation strategies adopted by scientists, states, and citizens.

In Endangered Maize, historian Helen Anne Curry investigates more than a hundred years of agriculture and conservation practices to understand the tasks that farmers and researchers have considered essential to maintaining crop diversity. Through the contours of efforts to preserve diversity in one of the world's most important crops, Curry reveals how those who sought to protect native, traditional, and heritage crops forged their methods around the expectation that social, political, and economic transformations would eliminate diverse communities and cultures. In this fascinating study of how cultural narratives shape science, Curry argues for new understandings of endangerment and alternative strategies to protect and preserve crop diversity.

Helen Anne Curry is Peter Lipton Lecturer in History of Modern Science and Technology at the University of Cambridge.

"What Curry analyzes through deft and accessible writing is not so much the danger maize faces, but the ways we understand it, and the narratives we use to tell its stories, which shape conservation efforts."
— Civil Eats

"Curry has written a brilliant history that shows us how the narrative of crop diversity loss is itself jam-packed with troubling worldviews. . . .Endangered Maize is an enormously useful book, and one that will shape conversations about agricultural and human diversity for many years to come."