The Individual and the Cosmos in Renaissance Philosophy (Paperback) 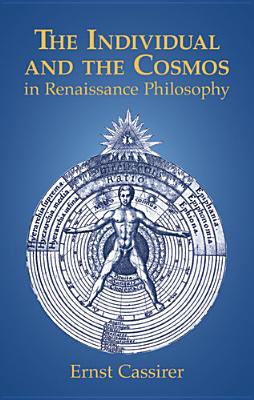 By Ernst Cassirer
Unavailable, our apologies.
Out of Print

A landmark in the history of Renaissance thought. Jaroslav Pelikan.
This provocative volume, probably the single most important interpretive work on the philosophical thought of the Renaissance, has long been regarded as a classic in its field. It is considered an exceptionally insightful investigation of how the Renaissance spirit fundamentally questioned and undermined medieval thought.
In examining the changes brewing in the early stages of the Renaissance, the author reveals immense erudition and artistic insight as he perceptively describes the interdependence of philosophy, language, art, and science, considers at length the recognition of the consciousness of the individual self, and discusses the great thinkers of the period from Leonardo da Vinci and Galileo to Pico della Mirandola and Giordano Bruno.
Among the major topics covered are the work of Nicholas Cusanus, a fifteenth-century philosopher and scholar who stressed the incomplete nature of man's knowledge of God and the universe; freedom and necessity in the philosophy of the Renaissance; and the subject-object problem in the philosophy of the Renaissance.
Among the most significant German works on the Renaissance produced in the twentieth century, this volume, reprinted here in a superb English-language version, should be widely used by students of the various literatures, of political theory, of the history of religion and Reformation thought, and of the history of science, as well as by those concerned with intellectual history in general. John Herman Randall, Jr.