Specters of Marx: The State of the Debt, the Work of Mourning and the New International (Routledge Classics) (Paperback) 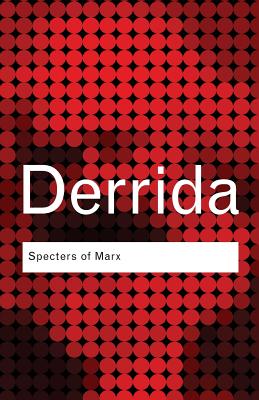 There are specters haunting more than just Europe, specters that are more than just communism. In Derrida’s exploration of hauntology (a word that, hilariously, only occurs three times in this book despite birthing a field), he tackles what the concept of a ghost is, in language and literature and history, whether that ghost is of the past or the future or both, and what it is we owe to those who leave us or who never truly arrive, while they keep us up at night.

Prodigiously influential, Jacques Derrida gave rise to a comprehensive rethinking of the basic concepts and categories of Western philosophy in the latter part of the twentieth century, with writings central to our understanding of language, meaning, identity, ethics and values.

In 1993, a conference was organized around the question, 'Whither Marxism?', and Derrida was invited to open the proceedings. His plenary address, 'Specters of Marx', delivered in two parts, forms the basis of this book. Hotly debated when it was first published, a rapidly changing world and world politics have scarcely dented the relevance of this book.

Jacques Derrida (1930-2004) was born in Algeria. He drew on psychoanalysis, Marxist theory, and Heidegger's philosophy to become a central figure in intellectual life in the latter part of the twentieth century.