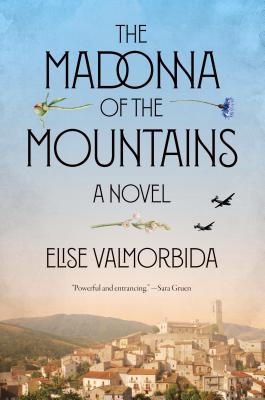 By Elise Valmorbida
Unavailable, our apologies.
Sorry, We Can Not Obtain this Book at This Time

“A riveting adventure for the soul . . . just the kind of evocative historical fiction I love.”—Sara Gruen, author of At the Water’s Edge and Water for Elephants

An epic, inspiring novel about one woman’s survival in the hardscrabble Italian countryside and her determination to protect her family throughout the Second World War—by any means possible

Maria Vittoria is twenty-five when her father brings home the man who will become her husband. It is 1923 in the austere Italian mountain village where her family has lived for generations, and the man she sees is tall and handsome and has survived the First World War without any noticeable scars. Taking just the linens she has sewn that make up her dowry and a statue of the Madonna that sits by her bedside, Maria leaves the only life she has ever known to begin a family. But her future will not be what she imagines.

The Madonna of the Mountains follows Maria over the next three decades, as she moves to the town where she and her husband become shopkeepers, through the birth of their five children, through the hardships and cruelties of the National Fascist Party Rule and the Second World War. Struggling with the cost of survival at a time when food is scarce and allegiances are questioned, Maria trusts no one and fears everyone—her Fascist cousin, the madwoman from her childhood, her watchful neighbors, the Nazis and the Partisans who show up hungry at her door. As Maria’s children grow up and her marriage endures its own hardships, she must hold her family together with resilience, love, and faith, until she makes a fateful decision that will change the course of all their lives.

A sweeping saga about womanhood, loyalty, war, religion, family, food, motherhood, and marriage, The Madonna of the Mountains is a poignant look at the span of one woman’s life as the rules change and her world becomes unrecognizable. In depicting the great cost of war and the ineluctable power of time on a life, Elise Valmorbida has created an unforgettable portrait of a woman navigating both the unforeseen and the inevitable.

Advance praise for Madonna of the Mountains

“The moral and ethical questions raised propel the story beyond the particulars into the universal.”—Kirkus Reviews

“It is a bewitching but entirely unsentimental portrait of one woman’s attempt to keep her family safe in turbulent times.”—The Times (UK), Book of the Month

Elise Valmorbida is the author of the novels Matilde Waltzing, The TV President, and The Winding Stick, as well as The Book of Happy Endings. She is also a designer and an award-winning producer and script consultant. She grew up Italian in Australia, but now lives in London.

“Powerful and entrancing, a riveting adventure for the soul, The Madonna of the Mountains is just the kind of evocative historical fiction I love. It transported me to Italy and provided a feast for the senses: I smelled the flowers, tasted the gnocchi, heard the clang and chimes of church bells—and watched a young girl grow into a woman whose faith, love, and innocence are tested by the hardships of war.”—Sara Gruen, author of At the Water’s Edge

“The moral and ethical questions raised propel the story beyond the particulars into the universal.”—Kirkus Reviews

“It is a bewitching but entirely unsentimental portrait of one woman’s attempt to keep her family safe in turbulent times.”—The Times (UK), Book of the Month

“A doll on the railroad tracks; a madwoman in the wild; silkworms in the attic. Recipes for rolling tender gnocchi, using sardines to make polenta last, torturing enemies with oil or salt—they’re all part of life in this winning novel about tradition, hardship, and resolve.”—Publishers Weekly

“Laced with the feel of Italy, its food, traditions and scenic splendor, this is a very fine novel indeed. Stylish and beautifully archaic in its writing, it has a hypnotic quality, difficult to draw yourself away from. Highly recommended.”— LoveReading (UK) March Book of the Month