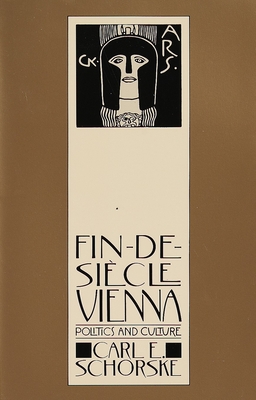 A Pulitzer Prize Winner and landmark book from one of the truly original scholars of our time: a magnificent revelation of turn-of-the-century Vienna where out of a crisis of political and social disintegration so much of modern art and thought was born.

"Not only is it a splendid exploration of several aspects of early modernism in their political context; it is an indicator of how the discipline of intellectual history is currently practiced by its most able and ambitious craftsmen. It is also a moving vindication of historical study itself, in the face of modernism's defiant suggestion that history is obsolete."
-- David A. Hollinger, History Book Club Review

"Each of [the seven separate studies] can be read separately....Yet they are so artfully designed and integrated that one who reads them in order is impressed by the book's wholeness and the momentum of its argument."
-- Gordon A. Craig, The New Republic

"A profound work...on one of the most important chapters of modern intellectual history" -- H.R. Trevor-Roper, front page, The New York Times Book Review

"Invaluable to the social and political historian...as well as to those more concerned with the arts" -- John Willett, The New York Review of Books

"A work of original synthesis and scholarship. Engrossing."
-- Newsweek

Carl E. Schorske was born in the Bronx and graduated from Columbia Colege and earned a master’s degree from Harvard before serving in the Office of Strategic Services, a precursor to the Central Intelligence Agency, during World War II. He returned to Harvard for his Ph.D. He was a Dayton-Stockton Professor of History and has served as Director of European Cultural Studies at Princeton University. He was a recipient of a MacArthur Fellowship, a member of the American Academy of Arts and Sciences, and his book,  Fin-de-Siècle Vienna won the Pulitzer Prize for Nonfiction. He died in 2015 at the age of 100.

"Not only is it a splendid exploration of several aspects of early modernism in their political context; it is an indicator of how the discipline of intellectual history is currently practiced by its most able and ambitious craftsmen." --David A. Hollinger