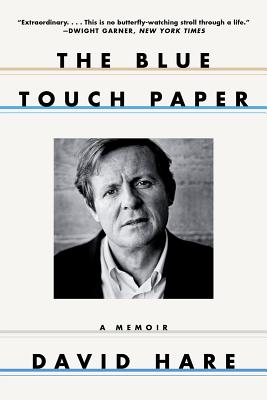 “Extraordinary. . . . This is no butterfly-watching stroll through a life.” —Dwight Garner, New York Times

David Hare has long been one of Britain’s best-known screenwriters and dramatists. He’s the author of more than thirty acclaimed plays that have appeared on Broadway, in the West End, and at the National Theatre. He wrote the screenplays for the hugely successful films The Hours, Plenty, and The Reader. Most recently, his play Skylight won the 2015 Tony Award for Best Revival on Broadway.

Now, in his debut work of autobiography, “Britain’s leading contemporary playwright” (Sunday Times) offers a vibrant and affecting account of becoming a writer amid the enormous flux of postwar England. In his customarily dazzling prose and with great warmth and humor, he takes us from his university days at Cambridge to the swinging 1960s, when he cofounded the influential Portable Theatre in London and took a memorable road trip across America, to his breakthrough successes as a playwright amid the political ferment of the ’70s and the moment when Margaret Thatcher came to power at the end of the decade.

Through it all, Hare sets the progress of his own life against the dramatic changes in postwar England, in which faith in hierarchy, religion, empire, and the public good all withered away. Filled with indelible glimpses of such figures as Alfred Hitchcock, Laurence Olivier, Tennessee Williams, Helen Mirren, and Joseph Papp, The Blue Touch Paper is a powerful evocation of a society in transition and a writer in the making.

David Hare has written more than thirty plays, including Skylight, Amy’s View, The Blue Room, and Stuff Happens. His screenplays, including The Hours, Plenty, and The Reader, have twice been nominated for an Academy Award and three times for the Golden Globes. He lives in London.

A master class in how private reckonings sometimes find their greatest resonance on the stage.
— Megan O'Grady - Vogue

A highly articulate and probing self-examination that is at the same time a vivid cultural study of postwar Britain.
— Charles McNulty - Los Angeles Times

[Hare] has a lightness of touch and a casual eloquence that might surprise those familiar with [his] knotty, politically engaged dramas. . . . He also tosses in enough juicy backstage stories.
— Charles Isherwood - New York Times

What’s extraordinary about The Blue Touch Paper is how much intellection and drama and sensibility and wit Mr. Hare squeezes into [it]. This is no butterfly-watching stroll through a life. Mr. Hare is a man who seizes on details and ideas, and who writes as if words matter.

Wonderfully entertaining…. You have to admire Hare’s appetite to engage with his times with such savage gusto…. The Blue Touch Paper is an engrossing dive into the passions, the disappointments, the quarrels and the elation of a great professional trying to get something done.

The Blue Touch Paper encompasses exquisitely rendered love stories, rousing arguments about the relationship between art and politics, great gossip, and far, far more. A book that contained only one of those pleasures would be good news; a book that contains all of them is a legitimate treasure.

Frank, moving, and beguiling, The Blue Touch Paper is the fascinating story of becoming a writer in the 1960s and ’70s when Britain was changing even faster than the author.