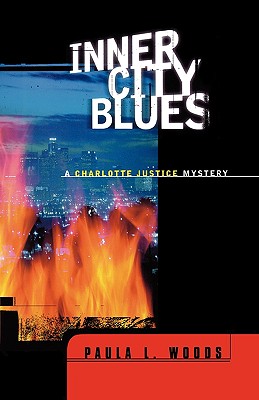 By Paula L. Woods
$23.95
In Stock at Publisher - Available to Ship to Your Home

Meet Detective Charlotte Justice, a black woman in the very white, very male, and sometimes very racist Los Angeles Police Department. The time is 48 hours into the epochal L.A. riots and she and her fellow officers are exhausted. She saves the curfew-breaking black doctor Lance Mitchell from a potentially lethal beating from some white officers—only to discover nearby the body of one-time radical Cinque Lewis, a thug who years before had murdered her husband and young daughter. Was it a random shooting or was Mitchell responsible? And what had brought Lewis back to a city he'd long since fled?

Charlotte's quest for the truth behind Cinque's death will set her at odds with the LAPD hierarchy, plunge her into the intricacies of everything from L.A.'s gang-banging politics to its black blue-bloods, and lead her into deep emotional waters with Mitchell's partner (and her old flame), Dr. Aubrey Scott.

In Charlotte Justice, Paula L. Woods has created a tough, tart, but also vulnerable heroine sure to draw comparisons to such classic figures as Easy Rawlins and Kinsey Milhone, but a true original as well.

A lifelong lover of books, novelist Paula L. Woods is also the editor of the critically-acclaimed anthology Spooks, Spies, and Private Eyes: Black Mystery, Crime, and Suspense Fiction of the 20th Century, which was nominated for Anthony and Macavity Awards and received an award from the Black Caucus of the American Library Association.

With Felix H. Liddell, Paula Woods is the author/editor of the best-selling I, Too, Sing America: The African American Book of Days; Merry Christmas, Baby: A Christmas and Kwanzaa Treasury; and I Hear a Symphony: African Americans Celebrate Love, the last of which won Fiction Honors from the Black Caucus of the American Library Association and the PEN Oakland Josephine Miles Award for multicultural literature. Woods and Liddell are also the co-founders of Livre Noir, a book packaging and marketing firm.

Ms. Woods's writing has appeared in Essence, Emerge, and Mary Higgins Clark Mystery magazines as well as the Atlanta Journal-Constitution and Dallas Morning News, among other newspapers. She hosts a monthly radio segment, "The Book Doctor," which airs in Los Angeles on KPCC 89.3 FM's program "Ebony," and has served on the Author Committee of the Los Angeles Times Festival of Books since its inception.

A native of Los Angeles, she lives with her husband, over a thousand books, and an eleven year-old boxer, Sampson, who serves as a model for Detective Justice's dog, Beast.

Woods puts an African-American spin on Sara Paretsky’s trademarks (the broad canvas filled with big events, the tough-as-the-boys heroine, the gimlet eye for urban corruption) in this important debut.