The Price of Salt, or Carol (Paperback) 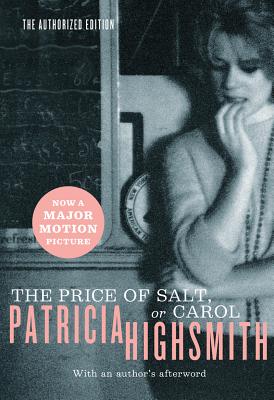 The midcentury lesbian lovers-on-the-run novel of your dreams, The Price of Salt has the distinction of being the only Patricia Highsmith novel with a (relatively) happy ending, and it is also her sexiest.

"A great American writer…Highsmith's writing is wicked…it puts a spell on you." —Entertainment Weekly

Patricia Highsmith's story of romantic obsession may be one of the most important, but still largely unrecognized, novels of the twentieth century. First published in 1952 and touted as "the novel of a love that society forbids," the book soon became a cult classic.

Based on a true story plucked from Highsmith's own life, The Price of Salt (or Carol) tells the riveting drama of Therese Belivet, a stage designer trapped in a department-store day job, whose routine is forever shattered by a gorgeous epiphany—the appearance of Carol Aird, a customer who comes in to buy her daughter a Christmas toy. Therese begins to gravitate toward the alluring suburban housewife, who is trapped in a marriage as stultifying as Therese's job. They fall in love and set out across the United States, ensnared by society's confines and the imminent disapproval of others, yet propelled by their infatuation. The Price of Salt is a brilliantly written story that may surprise Highsmith fans and will delight those discovering her work.

Patricia Highsmith (1921–1995) was the author of more than twenty novels, including Strangers on a Train, The Price of Salt and The Talented Mr. Ripley, as well as numerous short stories.

A document of persecuted love—perfect.
— The Independent

About the pursuit of love, and true happiness…It has characters who laugh, and who laugh without scorn or illusion…very recognizably Highsmith, full of tremor and of threat and of her peculiar genius for anxiety.
— The Sunday Times