The Hothouse: A Novel (Paperback) 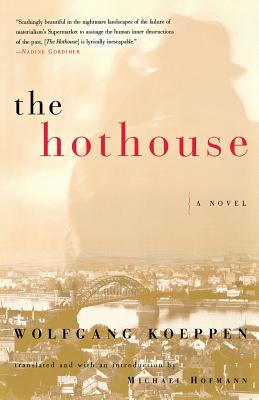 "A recovered masterpiece....Remarkable as a sidelong, searing appraisal of the legacy of the Nazi years."—Publishers Weekly, starred review

A masterpiece by a writer long neglected in America, The Hothouse created a literary stir when it appeared in hardcover. Evoking comparisons to works by James Joyce and Malcolm Lowry, it traces the final two days in the life of a minor German politician, Keetenheuve, a man disillusioned by the corruption of post-World War II German politics and grieving after the sudden death of his wife. With a passionate, despairing voice, Wolfgang Koeppen (1906-1996), whom Gunter Grass once called the "greatest living German writer," creates a portrait of idealism crushed by political and personal compromise.

Wolfgang Koeppen's (1906-1996) The Hothouse was named one of the Los Angeles Times Best Books of the Year and a New York Times Notable Book.