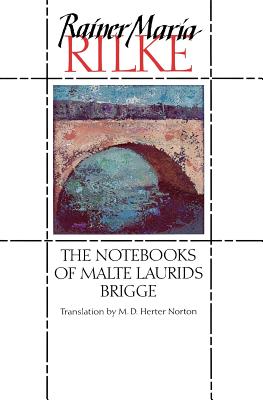 Malte Laurids Brigge is a young Danish nobleman and poet living in Paris. Obsessed with death and the reality that lurks behind appearances, Brigge muses on his family's history and on the teeming alien life of the city. First published in 1910, Rilke's masterpiece has proven to be one of the most influential and enduring works of fiction of our century.

The Notebooks of Malte Laurids Brigge is Rilke’s major prose work and was one of the earliest publications to introduce him to American readers. The very wide audience which Rilke’s work commands today will welcome the reissue in paperback of this extremely perceptive translation of the Notebooks by M. D. Herter Norton. A masterly translation of one of the first great modernist novels by one of the German language's greatest poets, in which a young man named Malte Laurids Brigge lives in a cheap room in Paris while his belongings rot in storage. Every person he sees seems to carry their death within them and with little but a library card to distinguish him from the city's untouchables, he thinks of the deaths, and ghosts, of his aristocratic family, of which he is the sole living descendant. Suffused with passages of lyrical brilliance, Rilke's semi-autobiographical novel is a moving and powerful coming-of-age story.

Rainer Maria Rilke (1875–1926), the author of Sonnets to Orpheus and Letters to a Young Poet, was one of the greatest poets of the German language.

M. D. Herter Norton is a publisher and translator. Together with her husband William Warder Norton, she founded the publishing company W. W. Norton & Company. Her work as translator includes the translation of works by Rainer Maria Rilke.