About a Mountain (Hardcover) 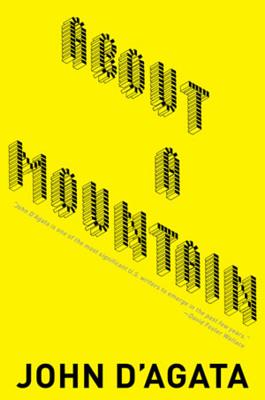 By John D'Agata
Unavailable, our apologies.
Out of Print

A book for anybody who has had mixed feelings about their visit to Las Vegas, and for anybody who views their upcoming trip to that insane and incredible city with trepidation and alarm. Also for fans of excellent writing about the West, nuclear disaster, and all varieties of American apocalypse.

From “one of the most significant U.S. writers” (David Foster Wallace), an investigation of Yucca Mountain and human destruction in Las Vegas.

When John D’Agata helps his mother move to Las Vegas one summer, he begins to follow a story about the federal government’s plan to store high-level nuclear waste at a place called Yucca Mountain, a desert range near the city of Las Vegas. Bearing witness to the parade of scientific, cultural, and political facts that give shape to Yucca’s story, D’Agata keeps the six tenets of reporting in mind—Who, What, When, Where, Why, and How—arranging his own investigation around each vital question.

Yet as the contradictions inherent in Yucca’s story are revealed, D’Agata’s investigation turns inevitably personal. He finds himself investigating the death of a teenager who jumps off the tower of the Stratosphere Hotel, a boy whom D’Agata believes he spoke with before his suicide.

Here is the work of a penetrating thinker whose startling portrait of a mountain in the desert compels a reexamination of the future of human life.

D’Agata has an encyclopedic understanding of the form’s intricate
artistry. Moreover, he is a serious thinker who regularly lays down
stylish, intelligent sentences.... an engrossing story and an often impressive piece of reporting.
— The New York Times Book Review

[E]xquisite.... This is what, at its best, contemporary narrative nonfiction
aspires to, a story that, like the novel, operates on many levels at
once.
— David L. Ulin - Los Angeles Times