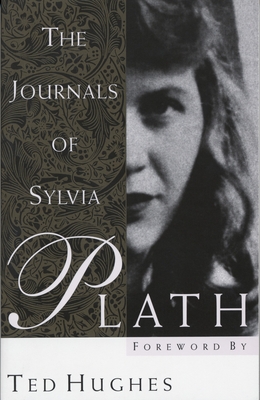 The electrifying diaries that are essential reading for anyone moved and fascinated by the life and work of one of America's most acclaimed poets.

Sylvia Plath began keeping a diary as a young child. By the time she was at Smith College, when this book begins, she had settled into a nearly daily routine with her journal, which was also a sourcebook for her writing. Plath once called her journal her “Sargasso,” her repository of imagination, “a litany of dreams, directives, and imperatives,” and in fact these pages contain the germs of most of her work. Plath’s ambitions as a writer were urgent and ultimately all-consuming, requiring of her a heat, a fantastic chaos, even a violence that burned straight through her. The intensity of this struggle is rendered in her journal with an unsparing clarity, revealing both the frequent desperation of her situation and the bravery with which she faced down her demons.

SYLVIA PLATH was born in 1932 in Massachusetts.  She began publishing poems and stories at a young age and by the time she entered Smith College had won several poetry prizes.  She was a Fulbright Scholar in Cambridge, England, and married British poet Ted Hughes in London in 1956.  The young couple moved to the States, where Plath became an instructor at Smith College.  Later, they moved back to England, where Plath continued writing poetry and wrote her novel, The Bell Jar, which was first published under the pseudonym Victoria Lucas in England in 1963.  On February 11, 1963, Plath committed suicide.  Her Collected Poems, published posthumously in 1981, won the Pulitzer Prize.