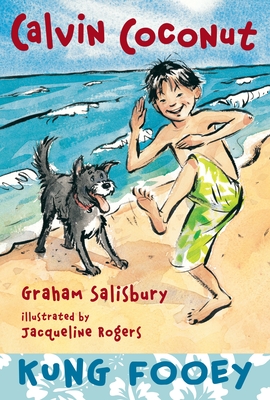 This is book number 6 in the Calvin Coconut series.

Readers will enjoy the humor in Kung Fooey as Calvin's smarts and courage help him learn something new about standing up for friends, and facing a bully.

GRAHAM SALISBURY is the author of five Calvin Coconut books: Trouble Magnet, The Zippy Fix, Dog Heaven, Zoo Breath, and Hero of Hawaii, as well as several novels for older readers, including the award-winning Lord of the Deep, Blue Skin of the Sea, and Under the Blood-Red Sun. Graham Salisbury grew up in Hawaii. Calvin Coconut and his friends attend the same school Graham did—Kailua Elementary School.