I Ching: The Book of Change: A New Translation (Paperback) 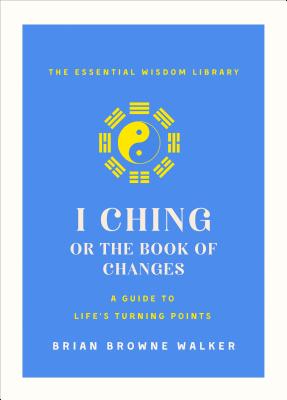 Afraid I wouldn't do justice to this ancient Chinese text in a few sentences, I used the coin method to ask David Hinton's translation of the I Ching what I should write. It replied: “Above mountains, a tree of wind: that is Gradual. Using it, the noble-minded inhabit the heart-sight clarity of sage elders, and so bring wholeness to the most ordinary of lives.” The changed line in the resulting hexagram further advised, “Stillness fills your jaws and cheeks. Words come in their proper order. What could there be to regret?”

In a radically new translation and interpretation of the I Ching, David Hinton strips this ancient Chinese masterwork of the usual apparatus and discovers a deeply poetic and philosophical text. Teasing out an elegant vision of the cosmos as ever-changing yet harmonious, Hinton reveals the seed from which Chinese philosophy, poetry, and painting grew. Although it was and is widely used for divination, the I Ching is also a book of poetic philosophy, deeply valued by artists and intellectuals, and Hinton's translation restores it to its original lyrical form.

Previous translations have rendered the I Ching as a divination text full of arcane language and extensive commentary. Though informative, these versions rarely hint at the work's philosophical heart, let alone its literary beauty. Here, Hinton translates only the original strata of the text, revealing a fully formed work of literature in its own right. The result is full of wild imagery, fables, aphorisms, and stories. Acclaimed for the eloquence of his many translations of ancient Chinese poetry and philosophy, Hinton has reinvented the I Ching as an exciting contemporary text at once primal and postmodern.

David Hinton's translations of classical Chinese poetry have earned him wide acclaim for creating compelling contemporary poems that convey the texture and density of the originals. He is the editor of numerous anthologies of Chinese poetry and the first in over a century to translate the four seminal masterworks of Chinese philosophy: Tao Te Ching, Chuang Tzu, Analects, and Mencius. He has received fellowships from the Guggenheim Foundation, the National Endowment for the Arts, the National Endowment for the Humanities, the Landon Translation Award, the PEN Translation Award, and most recently the Thornton Wilder Award for Translation from the American Academy of Arts and Letters.

“[The I Ching is] the only thing that is amazingly true, period . . . You don't have to believe anything to read it, because besides being a great book to believe in, it's also very fantastic poetry.” —Bob Dylan

“The I Ching has never left my side.” —John Cage