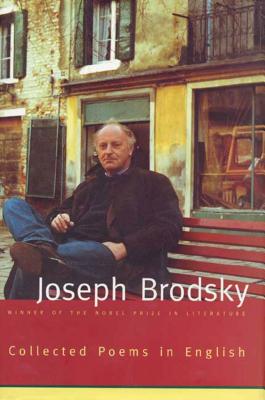 The poems of the legendary Nobel Laureate, in one volume at last

One of the greatest and grandest advocates of the literary vocation, Joseph Brodsky truly lived his life as a poet, and for it earned eighteen months in an Arctic labor camp, expulsion from his native country, and the Nobel Prize in Literature. Such were one man's wages. Here, collected for the first time, are all the poems he published in English, from his earliest collaborations with Derek Walcott, Richard Wilbur, Howard Moss, and Anthony Hecht to the moving farewell poems he wrote near the end of his life. With nearly two hundred poems, several of them never before published in book form, this will be the essential volume of Brodsky's work.

“I know Joseph Brodsky as a world poet--partly because I cannot read him in Russian; mainly because that's the range he commanded in his poems, with their extraordinary velocity and density of material notation, of cultural reference, of attitude. He insisted that poetry's 'job' (a much-used word) was to explore the capacity of language to travel farther, faster. Poetry, he said, is accelerated thinking. It was his best argument, and he made many, on behalf of the superiority of poetry to prose.” —Susan Sontag

“Brodsky charged at the world with full intensity and wrestled his perceptions into lines that fairly vibrate with what they are asked to hold. There is no voice, no vision, remotely like it.” —Sven Birkerts, The New York Times Book Review