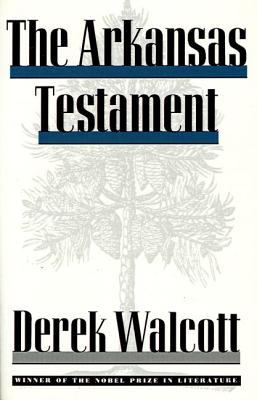 Derek Walcott's eighth collection of poems, The Arkansas Testament, is divided into two parts--"Here," verse evoking the poet's native Caribbean, and "Elsewhere." It opens with six poems in quatrains whose memorable, compact lines further Walcott's continuous effort to crystallize images of the Caribbean landscape and people.

For several years, Derek Walcott has lived mainly in the United States. "The Arkansas Testament," one of the book's long poems, is a powerful confrontation of changing allegiances. The poem's crisis is the taking on of an extra history, one that challenges unquestioning devotion.

"In language that is unfailingly fresh and inventive, Walcott reminds us in every poem that a largely unexperienced world exists just "outside the door." - Library Journal