Killing the Black Dog: A Memoir of Depression (Paperback) 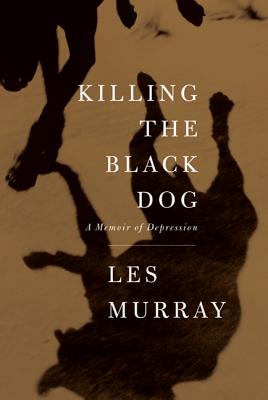 In 1988, shortly after moving from Sydney back to his birthplace in the rural New South Wales hamlet of Bunyah, Les Murray was struck with depression. In the months that followed, the "Black Dog" (as he calls it) ruled his life. He raged at his wife and children. He ducked a parking ticket on grounds of insanity, and begged a police officer to shoot him rather than arrest him. For days on end he lay in despair, a state in which, as he puts it precisely, "you feel beneath help."

Killing the Black Dog is Murray's recollection of those awful days: brief, pointed, wise, and full of beauty in the way of his poetry. The prose text—delicately balanced between personal and informative—gives a glimpse of the imprint that depression can leave on a life. The accompanying poems show their roots in his crisis—a crisis from which, he reports toward the close of this poignant book, he has fully recovered. "My thinking is no longer jammed and sooty with resentment," he recalls. "I no longer wear only stretch-knit clothes and drawstring pants. I no longer come down with bouts of weeping or reasonless exhaustion. And I no longer seek rejection in a belief that only bitterly conceded praise is reliable."

Killing the Black Dog is a crucial chapter in the life of an outstanding poet.

Les Murray (1938-2019) was a widely acclaimed poet, recognized by the National Trust of Australia as one of the nation’s treasures in 2012. He received the T. S. Eliot Prize for the Best Book of Poetry in English in 1996 for Subhuman Redneck Poems, and was also awarded the Gold Medal for Poetry presented by Queen Elizabeth II.

Murray also served as poetry editor for the conservative Australian journal Quadrant from 1990-2018. His other books include Dog Fox Field, Translations from the Natural World, Fredy Neptune: A Novel in Verse, Learning Human: Selected Poems, Conscious and Verbal, Poems the Size of Photographs, and Waiting for the Past.

“. . . equipped with a fierce moral vision and a sensuous musicality . . . [Murray] writes subtly about post-colonialism, urban sprawl and poverty and, in his most intimate poems, reminds us of the power of literature to transubstantiate grievance into insight. (His admirers have argued he ought to be considered for a Nobel.) But he is equally capable of writing emotionally simplistic and strangely soured poems in which the enraged adolescent emerges all but unmediated. This mercurial doubleness can make his work hard to categorize or describe: this is a mind at once revolutionary and reactionary. Or maybe just a poet who's willing to show more id than most.” —Meghan O'Rourke, The New York Times Book Review

“Mr. Murray's verse wears, from the waist up, a cosmopolitan, Philip Larkin-like wit. From the waist down, it dresses in worn dungarees and mud-caked boots. There's a sense of rural astringency . . . Mr. Murray employs both rhyme and meter, but variably--he's like a man walking a large, randy, omnivorous dog on a retractable leash. He can cinch his words tightly in an instant; he owns one of poetry's most sensitive verbal choke collars . . . ” —Dwight Garner, The New York Times

“In the ever-diminishing world of contemporary poetry, Les Murray is one of the few undeniable titans.” —Emily Colette Wilkinson, The Washington Times