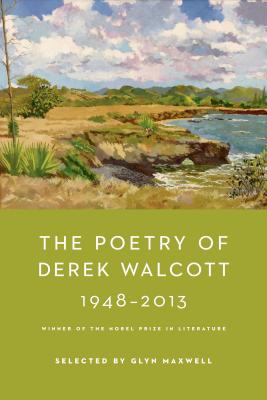 "He gives us more than himself or ‘a world'; he gives us a sense of infinity embodied in the language." Alongside Joseph Brodsky's words of praise one might mention the more concrete honors that the renowned poet Derek Walcott has received: a MacArthur Foundation Fellowship; the Queen's Gold Medal for Poetry; the Nobel Prize in Literature.
The Poetry of Derek Walcott 1948–2013 draws from every stage of the poet's storied career. Here are examples of his very earliest work, like "In My Eighteenth Year," published when the poet himself was still a teenager; his first widely celebrated verse, like "A Far Cry from Africa," which speaks of violence, of loyalties divided in one's very blood; his mature work, like "The Schooner Flight" from The Star-Apple Kingdom; and his late masterpieces, like the tender "Sixty Years After," from the 2010 collection White Egrets.
Across sixty-five years, Walcott grapples with the themes that have defined his work as they have defined his life: the unsolvable riddle of identity; the painful legacy of colonialism on his native Caribbean island of St. Lucia; the mysteries of faith and love and the natural world; the Western canon, celebrated and problematic; the trauma of growing old, of losing friends, family, one's own memory. This collection, selected by Walcott's friend the English poet Glyn Maxwell, will prove as enduring as the questions, the passions, that have driven Walcott to write for more than half a century.

“Derek Walcott is a natural poet. Walcott, who turned 84 this year, began writing young. His first poem appeared in a local paper when he was 14, and his first volume, 25 Poems, was self-published when he was 18. ‘Everyone wants a prodigy to fail,' Rita Dove wrote. ‘It makes our mediocrity more bearable.' Walcott did not fail . . . ” —Teju Cole, The New York Times Book Review

“The Poetry of Derek Walcott . . . [is] a rich and beautiful new selection of [Walcott's] life's work, edited by Glyn Maxwell . . . Language becomes a means of mastering his surroundings, enabling him to gain an almost magical power over the elements; language is more real to him than reality itself . . . These magician's powers are rare enough in twentieth-century poetry. But what is even rarer than the ability is the desire to write, as Walcott does, with such abundance and felicity . . .” —Adam Kirsch, The New Yorker

“Few poets can sustain a collection spanning more than 600 pages and weighing over a kilo. Derek Walcott is one of the rare exceptions, and this is his most comprehensive anthology so far. Covering nearly seven decades, it is testament to an extraordinary talent . . .” —The Economist

“One important element of Walcott's poetry is that it's a political poetry of the anti-repressive variety. He turns what might have been natural contempt for the European marauder into exotic kind of inclusiveness. As a Caribbean man, Walcott's self-awareness--that is to say, his use of traditional poetic meters inherited from English models--helps him, over time, to produce an art that is absolute and unassailable . . ." —David Biespiel, The Rumpus

“Walcott is a generous writer in every sense. The expansive, celebratory texture of his verse is instantly recognisable. It moves with ease between city and country, between ‘the snow still falling in white words on Eighth Street' and the way ‘Sunshine […] stirs the splayed shadows of the hills like moths' . . .” —Fiona Sampson, The Guardian

“Walcott is a poet we're lucky to have writing. He is someone who has devoted his working life to art, in many senses--art as culture, art as craft and even art on canvas . . . the joy of Walcott's work is that even when he's at his most rambling, he isn't tedious. Taken as a whole, this collection gives us a kind of narrative – the story of a poet who is developing even in his eighties, sustained by faith in what poetic forms can do, and the many ways in which those forms can do it.” —Tom Payne, The Telegraph

“From his earliest poems--such as ‘In My Eighteenth Year,' written when he was that age -- Walcott's voice is unornamented but carries a profound moral authority. His style is a synthesis of the influences that made the island: equal parts Shakespeare and slang. Walcott speaks ever as an outsider; the closest he gets to belonging is when he speaks for a country that is no one country . . .'” —Craig Morgan Teicher, NPR

“[Walcott's] is an associative, rich and elemental view of the world; with each new book, he stakes an ever-wider claim to authority. He remains a literary joy to savor, one of our true global treasures. Now, in his 84th year, comes The Poetry of Derek Walcott 1948-2013, an exemplary compilation of a lifetime's best poems . . .” —Arlice Davenport, The Wichita Eagle