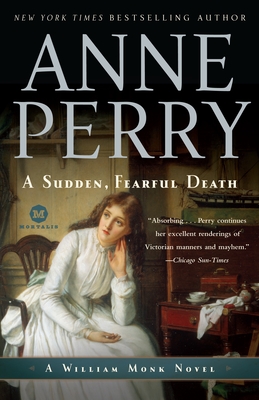 This is book number 4 in the William Monk series.

In a London hospital, Prudence Barrymore, a talented nurse who had once been one of Florence Nightingale’s angels of mercy in the Crimean War, meets sudden death by strangulation. Private inquiry agent William Monk is engaged to investigate this horrific crime–which intuition tells him was no random stroke of violence by a madman.

Greatly helped by his unconventional friend Hester Latterly, another of Miss Nightingale’s nurses, and barrister Oliver Rathbone, Monk assembles a portrait of the remarkable woman. Yet he also discerns the shadow of a tragic evil that darkens every level of society, and a frightening glimmer of his own eclipsed past.

“[Anne Perry] is adept at showing the reader two sides of Victorian London–the dark side where people are barely surviving and glittering society where people sometimes kill to hide terrible secrets.”—Knoxville News-Sentinel