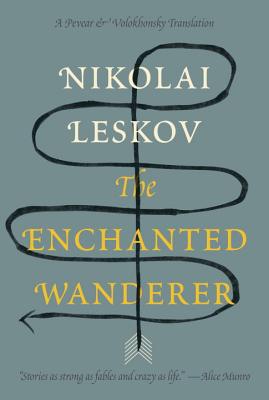 By Nikolai Semyonovich Leskov, N. S. Leskov, Richard Pevear (Translator)
Unavailable, our apologies.
Sorry, We Can Not Obtain this Book at This Time

The award-winning translators of Tolstoy, Dostoevsky, Chekhov, and Gogol now bring us a Russian writer ripe for rediscovery, whose earthy and exuberant stories, famous in his own country, have never before been adequately translated into English.

Leskov was Chekhov’s favorite writer and was greatly admired by Tolstoy and Maxim Gorky. His short stories—innovative in form, richly playful in language, now tragic, now satirical, now wildly comic in subject matter—exploded the prevailing traditions of nineteenth-century Russian fiction and paved the way for such famous literary successors as Mikhail Bulgakov. These seventeen stories are visionary and fantastic, and yet always grounded in reality, peopled by outsized characters that include serfs, princes, military officers, Gypsy girls, wayward monks, horse dealers, nomadic Tartars, and, above all, the ubiquitous figure of the garrulous, enthralling, not entirely trustworthy storyteller.

In stories long considered classics, Leskov takes the speech patterns of oral storytelling and spins them in new and startlingly modern ways, presenting seemingly artless yarns that are in fact highly sophisticated. It is the great gift of this new translation that it allows us to hear the many vibrant voices of Leskov’s singular art.

Nikolai Leskov was born in 1831 in the village of Gorokhovo in Russia. He began his writing career as a journalist living in Kiev, and later settled in St. Petersburg, where he published many short stories and novellas, including "The Lady Macbeth of Mtsensk" (1865), "The Sealed Angel" (1873), "The Enchanted Wanderer" (1873), and "Lefty" (1882). He died in February 1895.

Together, Richard Pevear and Larissa Volokhonsky have translated works by Tolstoy, Dostoevsky, Chekhov, Gogol, Bulgakov, and Pasternak. They were twice awarded the PEN/Book-of-the-Month Club Translation Prize (for their versions of Dostoevsky's "The Brothers Karamazov" and Tolstoy's "Anna Karenina"), and their translation of Dostoevsky's "Demons" was one of three nominees for the same prize. They are married and live in France.