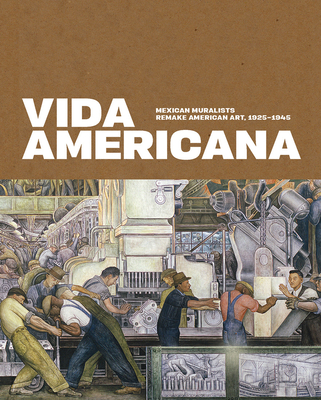 An in-depth look at the transformative influence of Mexican artists on their U.S. counterparts during a period of social change

The first half of the 20th century saw prolific cultural exchange between the United States and Mexico, as artists and intellectuals traversed the countries’ shared border in both directions. For U.S. artists, Mexico’s monumental public murals portraying social and political subject matter offered an alternative aesthetic at a time when artists were seeking to connect with a public deeply affected by the Great Depression. The Mexican influence grew as the artists José Clemente Orozco, Diego Rivera, and David Alfaro Siqueiros traveled to the United States to exhibit, sell their work, and make large-scale murals, working side-by-side with local artists, who often served as their assistants, and teaching them the fresco technique. Vida Americana examines the impact of their work on more than 70 artists, including Marion Greenwood, Philip Guston, Isamu Noguchi, Jackson Pollock, and Charles White. It provides a new understanding of art history, one that acknowledges the wide-ranging and profound influence the Mexican muralists had on the style, subject matter, and ideology of art in the United States between 1925 and 1945.

Barbara Haskell is a curator at the Whitney Museum of American Art, New York.