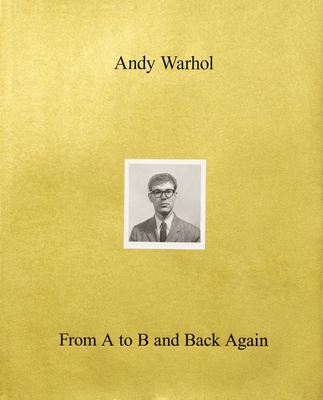 One of the most emulated and significant figures in modern art, Andy Warhol (1928–1987) rose to fame in the 1960s with his iconic Pop pieces. Warhol expanded the boundaries by which art is defined and created groundbreaking work in a diverse array of media that includes paintings, sculptures, prints, photographs, films, and installations.

This ambitious book is the first to examine Warhol’s work in its entirety. It builds on a wealth of new research and materials that have come to light in recent decades and offers a rare and much-needed comprehensive look at the full scope of Warhol’s production—from his commercial illustrations of the 1950s through his monumental paintings of the 1980s. Donna De Salvo explores how Warhol’s work engages with notions of public and private, the redefinition of media, and the role of abstraction, while a series of incisive and eye-opening essays by eminent scholars and contemporary artists touch on a broad range of topics, such as Warhol’s response to the AIDS epidemic, his international influence, and how his work relates to constructs of self-image seen in social media today.

“Wrapped in a magnificent gold sleeve, this compendium examines the oeuvre of the artist, with essays by Barbara Kruger and Glenn Ligon.” —Harper's Bazaar
“I never thought I’d use the word exalted for Warhol, or transcendent, or sublime. And he probably never thought to use them either. But that’s what’s here.”—Holland Cotter, New York Times
“This definitive collection reveals lesser-known aspects of Warhol’s art while giving valuable context to his best-known works.”—Publishers Weekly, starred review
“Speaking of fresh runs over well-trodden ground: Andy Warhol: From A to B and Back Again ($70, Yale University Press), the catalog for the current blockbuster Whitney Museum of American Art retrospective, is as absorbing and original as the show itself, a literal gold brick of a book, with Warhol’s passport portrait embedded on the cover (and altered by the artist), that makes as much sense of Warhol’s aesthetic and aims as one book could hope.”—Christopher Borrelli, Chicago Tribune
“At their best, Warhol’s paintings connect us to a state of contemporaneity, of hipness and glamour, of being in the right place at the right time, and to a feeling of mild transgression. . . .there was something about Warhol’s working method that made the art component conditional. The art had arrived as if by magic, and it left open the possibility that it could just slip away without anyone noticing.”—David Salle, New York Review of Books
“[a] superb catalogue”—Jerry Saltz, Vulture
“In a new, expansive look at the artist everyone has an opinion on, a three-pronged exhibition at New York’s Whitney Museum of American Art, San Francisco’s Museum of Modern Art, and Chicago’s Art Institute—and the exhibition’s accompanying tome, Andy Warhol (Whitney Museum of American Art)—examines the 20th-century artist in his entirety, and gives us a reason to look back”—Julia Vitale, Vanity Fair